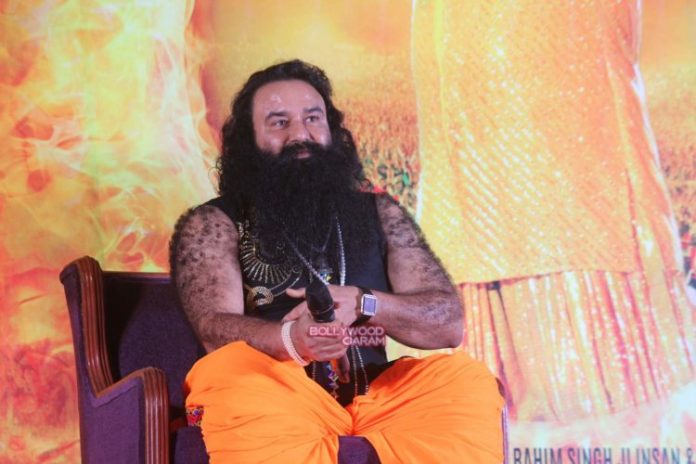 Actor and spiritual leader Gurmeet Ram Rahim Singh launched the music of his upcoming movie ‘The Messenger of God 2’ at an event in Mumbai on September 8, 2015. Singh appeared in an orange color dhoti and black kurta.

The movie is the sequel to the movie ‘The Messenger Of God’ and is all set to hit the theatres on September 18, 2015.

The earlier movie talked about some of the youth issues like drug abuse and alcoholism and the sequel is about the reformation of the tribals from their alienated lives in Jungle to the mainstream social life.