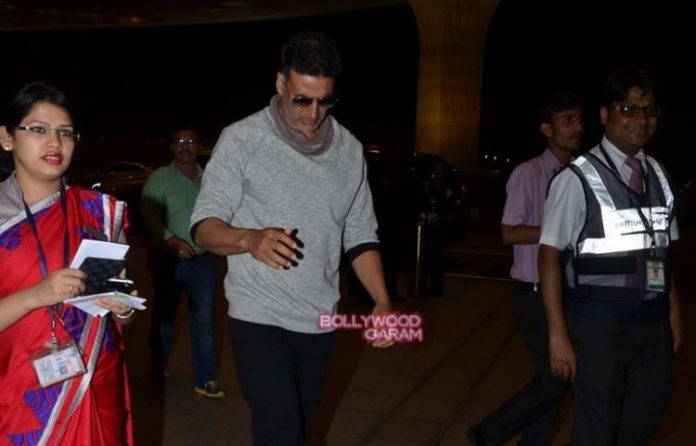 Bollywood star Akshay Kumar was in Mumbai to ring in his 48th birthday with family on September 9, 2015. The actors was snapped at the Mumbai airport as he left for London where he has to resume shoot for the upcoming movie ‘Housefull 3’. Kumar was seen in a casual mode as he made his way through the terminal.

2015 kept Akshay busy with films like ‘Baby’, ‘Gabbar is Back’ and ‘Brothers’ and now the actor is waiting for the release of his upcoming movie ‘Singh is Bling’.

The movie will see Akshay play the character of Raftaar Singh and will be seen romancing Amy Jackson.