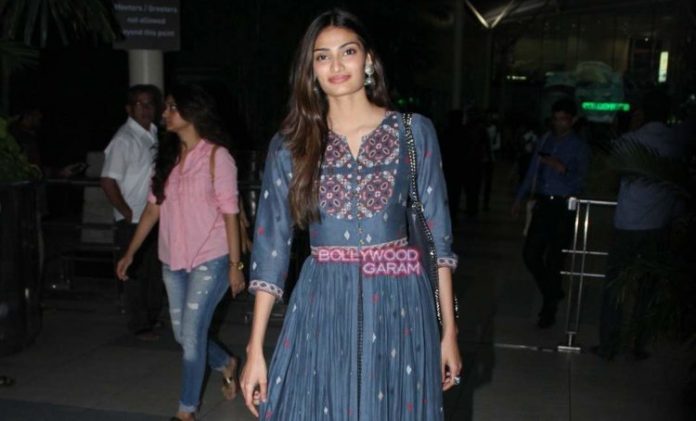 Debutants Sooraj Pancholi and Athiya Shetty are on a promotional spree for their upcoming movie ‘Hero’. The actors were snapped at the Mumbai airport on September 9, 2015. Athiya was seen in a full length blue outfit while Sooraj was seen in a striped sweat shirt and jeans.

The actors were snapped as they returned from a promotional event in Ahmedabad. Athiya in an interview talked about how she prepared for her debut movie. The actress had her first challenge to get fit and get trained.

Suniel Shetty’s daughter Athiya and Aditya Pancholi’s son Sooraj are all set to make their debut with ‘Hero’, which is all set to hit the theatres on September 11, 2015.