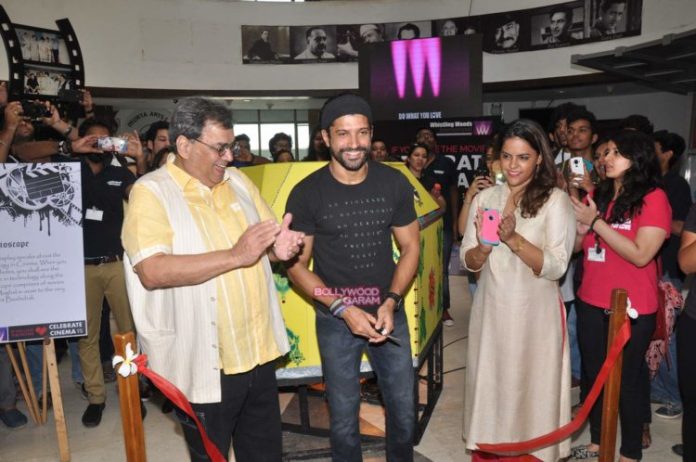 Bollywood actor Farhan Akhtar along with directors Subhash Ghai and Mahesh Bhatt inaugurated the most awaited film festival known as the Celebrate Cinema 2015 at Whistling Woods in Mumbai on September 11, 2015. Ghai and Farhan conducted a master class on acting and directing and talked about the evolution of cinema.

The audience enjoyed the talk as they got to witness a great blend of youth and experience. Akhtar at the event said, “Believe in your own ability to make a film that has an impact and to be honest about your work and respect others’ work at the same time.” Farhan in the past has donned the hat of an actor as well as a singer.