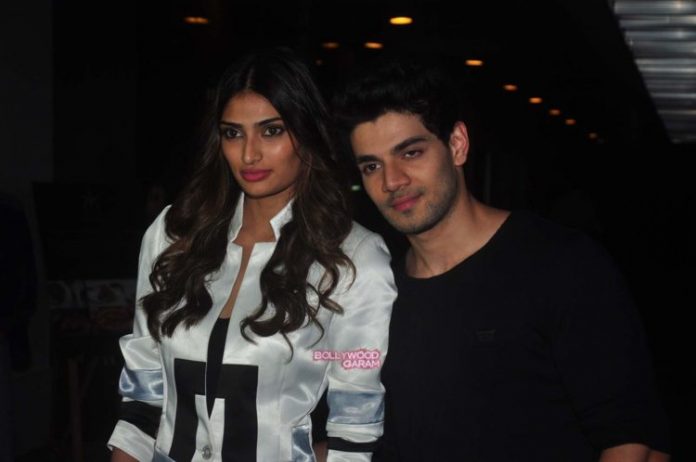 Athiya was seen in geometric paneled suit while Sooraj was seen in a black sweat shirt and black pants. Sooraj is the son of actor Aditya Pancholi while Athiya is the daughter of actor Suniel Shetty. The movie is directed by Nikhil Advani and is produced by superstar Salman Khan.