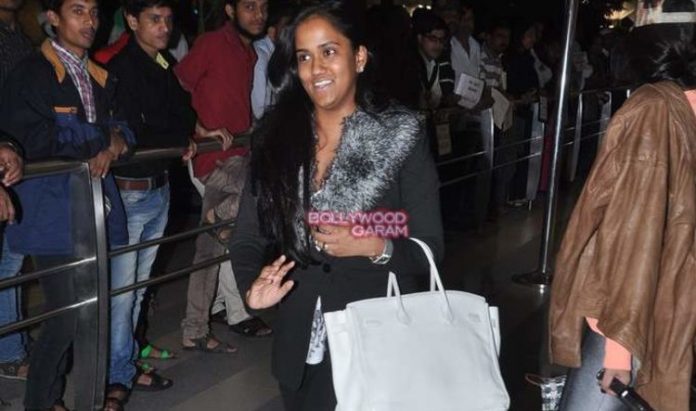 Superstar Salman Khan’s most beloved sister Arpita Khan is expecting her first child with husband Ayush Sharma. Arpita, who got married in November 2014 in a grand wedding ceremony is three months pregnant and the entire Khan family is excited to welcome the new member in the family.

Arpita’s pregnancy had started doing the rounds for quite some time, but none of the family members were ready to confirm. The news came out when Salman’s father Salim Khan confirmed that Arpita was expecting and that the whole family is in a celebratory mood.
On the other hand the family is neither confirming nor denying the news that she is expecting. The reason behind not revealing the pregnancy was the fact that the family is a bit superstitious and that women do not generally announce their pregnancy before the completion of their first trimester.
Close friends of the Khan family have said that they are all excited that Arpita is expecting a baby and that Salman cannot wait to become a mama again. Arpita and Ayush got married in a super grand and lavish ceremony at Falaknuma Palace in Hyderabad. The wedding arrangements were lavish and chartered flights were book to fly in celebs and wedding crew from Mumbai to Hyderabad.