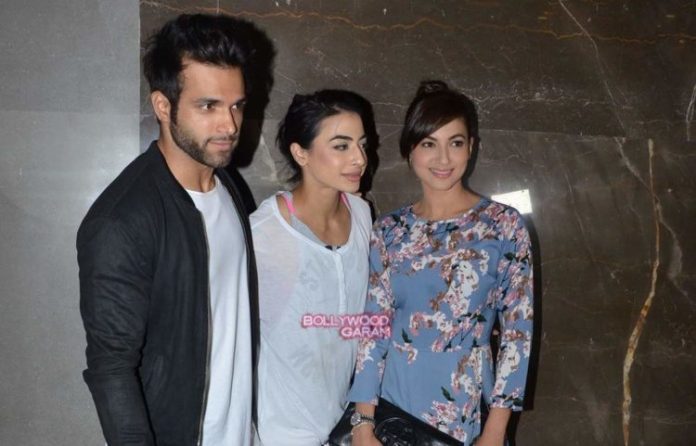 Gauhar looked great in a front slit tunic and black pants while VJ Bani appeared in casuals. ‘The Intern’ is an American comedy directed by Nancy Meyers and features Anne Hathaway and Robert De Niro in lead roles.

The movie will officially hit he theatres on September 25, 2015.