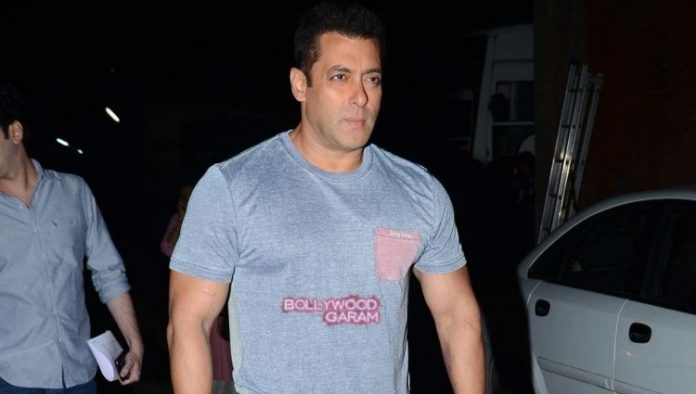 Superstar of Bollywood Salman Khan was snapped in the evening in Mumbai on September 24, 2015. The actor was leaving from work and looked calm and composed in a casual grey t-shirt and jeans.

Khan is riding high on success with the success of his movie ‘Bajrangi Bhaijaan’ and is looking forward to the upcoming Sooraj Barjatya movie ‘Prem Ratan Dhan Payo’ opposite actress Sonam Kapoor.

The actor also recently launched the star kids Sooraj Pancholi and Athiya Shetty with the movie ‘Hero’ that has received mixed response from the audience and critics.