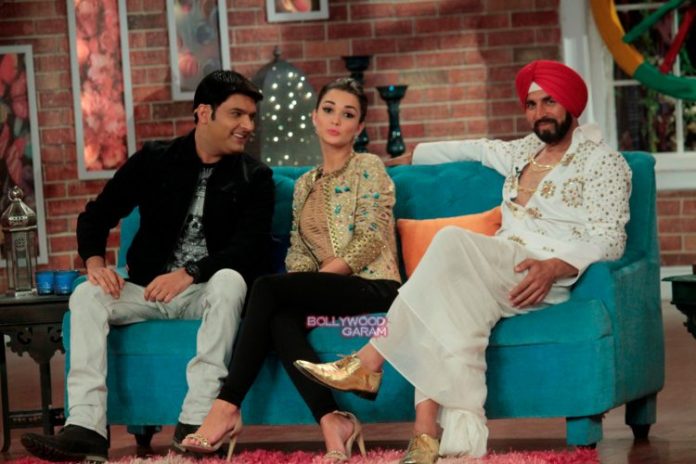 Actors Akshay Kumar, Amy Jackson and Prabhu Deva visited the sets of the comedy show ‘Comedy Nights With Kapil’ in Mumbai on September 27, 2015. The actors promoted their upcoming movie ‘Singh is Bling’ which is all set to hit the theatres on October 2, 2015.

Akshay as usual made a grand entry on a tractor and the entire episode was filled with fun and entertainment. Prabhu Deva and Akshay have earlier visited the sets of the show but this was the first time for Amy to be on Kapil’s show.