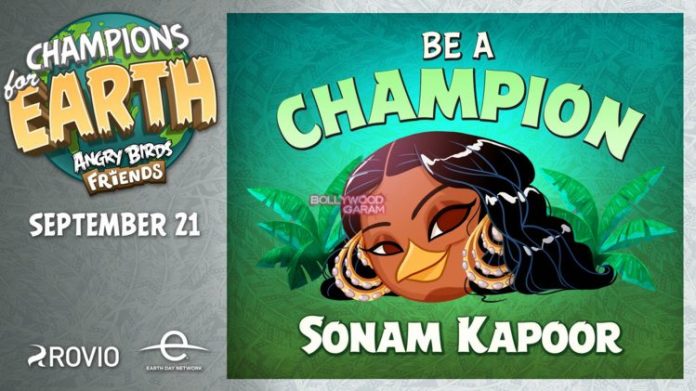 Indian actress Sonam Kapoor has become the Champion for Earth in Angry Birds Friends at the weeklong tournament that started from September 21, 2015. The tournament has been started by Rovio and earth day network to increase the awareness about climate change.
Kapoor has joined the list of other celebs including Don Cheadle, Matt Damon, Danny DeVito and the members of the Korean pop sensation VIXX. The ‘Raanjhana’ actress said, “The team has done a fantastic job at designing the new bird…I’m really happy with the results. I enjoy playing the game and it’s great to be a part of the game during the Champions for Earth week”.
On the work front the actress is currently preparing for the upcoming movie ‘Prem Ratan Dhan Payo’ opposite actor Salman Khan.