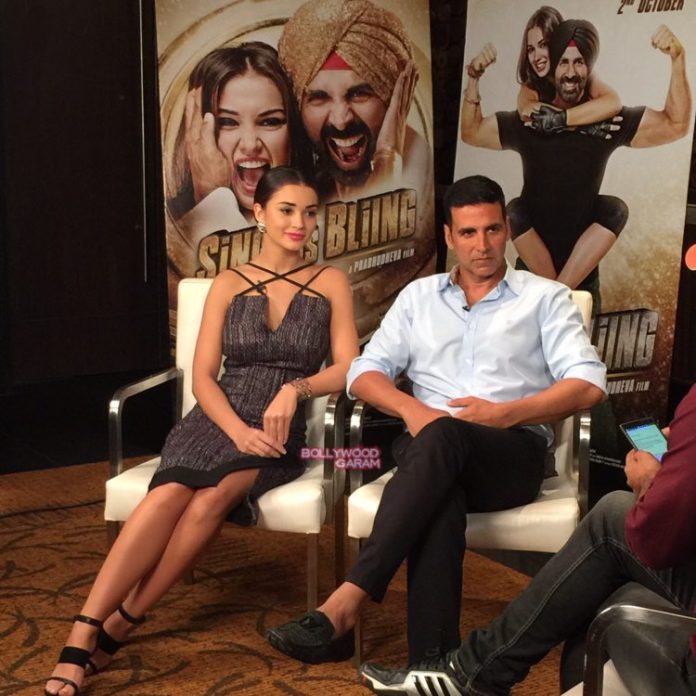 Actors Akshay Kumar and Amy Jackson promoted their upcoming movie ‘Singh is Bling’ during an interview in Mumbai on September 23, 2015. Akshay looked great in a formal shirt and a trouser while Amy looked pretty in a black outfit.

‘Singh is Bling’ is directed by Prabhu Deva and is produced by Akshay Kumar, Ashvini Yardi and Jayantilal Gada under the banner of Grazing Goat Pictures and Pen India Pvt. Ltd. The movie is the sequel to the movie ‘Singh is King’ and is all set to hit the theatres on October 2, 2015.