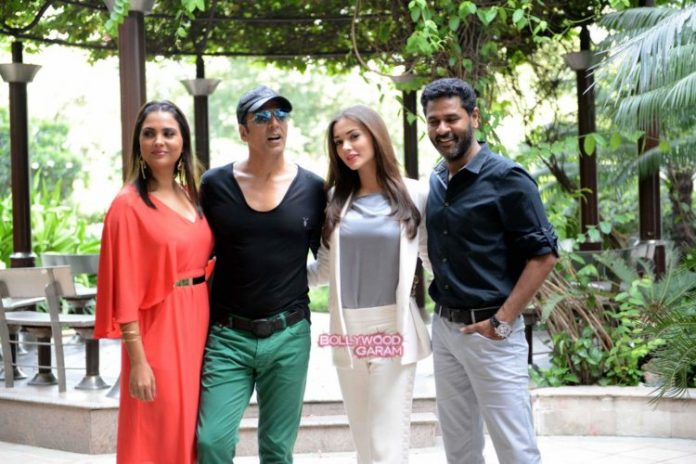 Akshay Kumar and Amy Jackson promoted their upcoming movie ‘Singh is Bling’ at a press event in Delhi on September 28, 2015. The actors were accompanied by Lara Dutta and director Prabhu Deva.

Akshay looked dapper in a black casual t-shirt and green pants while the director was seen in a casual shirt and trousers. The actors looked excited and in high spirits as they promoted their flick.