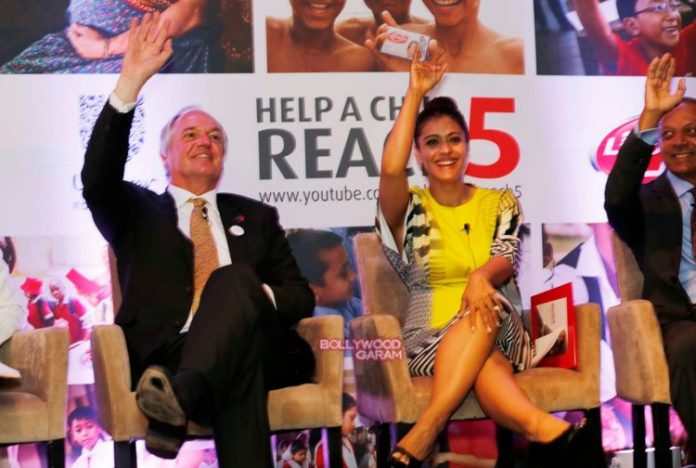 Indian actress Kajol helped to spread the importance of handwashing with soap to reduce child and new born mortality at the 70th Session of the United Nations General Assembly on September 24, 2015. The actress is the brand ambassador of Lifebuoy’s ‘Help a Child Reach 5’.

Kajol was accompanied by Myanmar singer Chit Thu Wai. On the work front, Kajol was last seen in the movie ‘My Name is Khan’ and is all set to be seen in the upcoming movie ‘Dilwale’ opposite actor Shahrukh Khan.