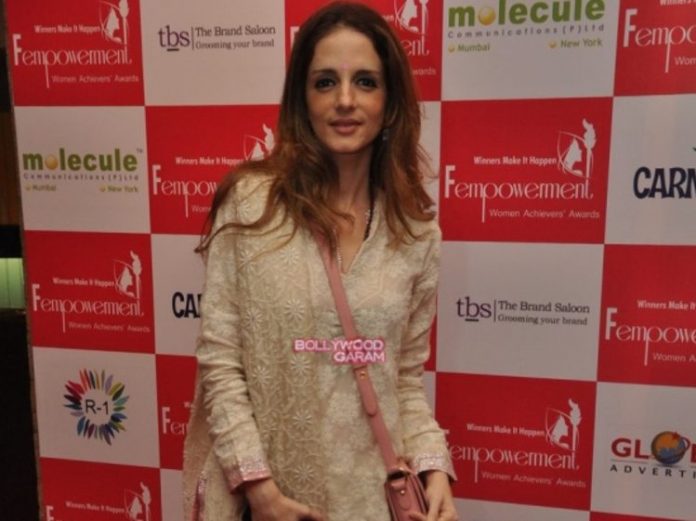 Single mother and businesswoman Sussanne Khan criticized the gossip mongers and denied the reports of her wedding with actor Arjun Rampal. The former wife of Hrithik Roshan added that such a gossip can hurt as it involves families and human emotions.
Sussanne released a statement which said, “Persistent speculation in the media has made me realise that idle Bollywood gossip mongers, who are influential, are insistent on spreading rumours and lies about me.” The statement added that stories were fabricated about her upcoming wedding with Rampal and meetings at the coffee shop.
The interior designer slammed the press for posting such irresponsible and stories and added, “I am a single working mother and take tremendous pride in the way I live.” Recent rumours had claimed that close friend Arjun Rampal had come close to Sussanne and that they were soon going to tie the knot.
Khan has earlier clarified that Arjun was not the reason behind her split with Hrithik and that nobody was to be blamed for it. Hrithik and Sussanne got married in 2000 and have two sons Hrehaan and Hridaan. The couple put an end to their relationship in December 2013 just a few days before their wedding anniversary.