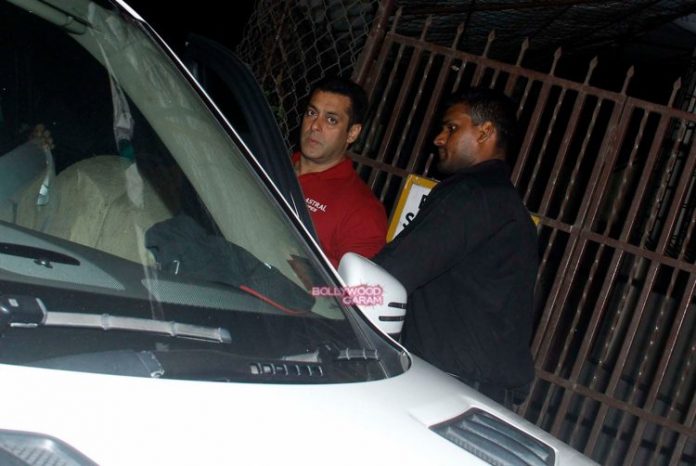 Bollywood star Salman Khan, who is all set to hit the new season of the show ‘Bigg Boss’ was snapped at brother Arbaaz Khan’s office on September 29, 2015. The actor was probably at the office to discuss about the upcoming sequel of the ‘Dabangg’ franchise.

Khan recently unveiled the first poster of the upcoming Sooraj Barjatya movie ‘Prem Ratan Dhan Payo’, in which he is expected to be seen in a double role. The movie also features Swara Bhaskar, Neil Nitin Mukesh, Anupam Kher and Sonam Kapoor.

Salman is packed for the entire year with some of the big movies like PRDP and ‘Sultan’.