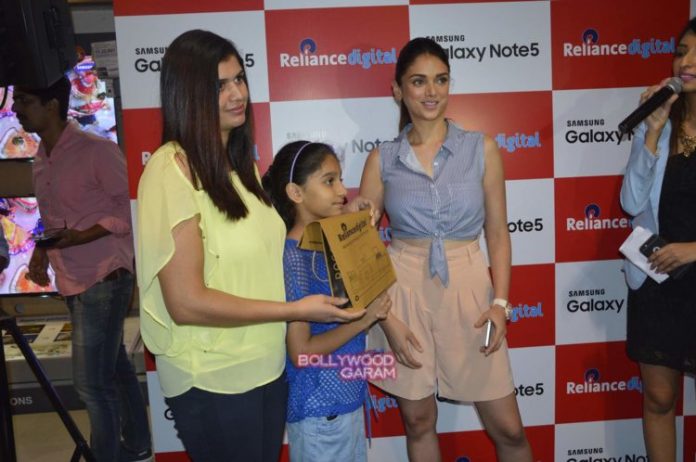 Actress Aditi Rao Hydari launched the latest Samsung Galaxy Note 5 at Reliance Digital at Ambi Mall in Gurgaon on September 29, 2015. The actress looked great in a summery shirt and shorts.

Aditi even Tweeted about the event and wrote, “Hey!Join me for an exclusive showcase of the Samsung Galaxy Note 5 at Reliance digital@AmbiMallGurgaon at 6pm in saddi dilli today!see u”.

On the work front, the actress was last seen in the movie ‘Guddu Rangeela’ opposite actors Amit Sadh and Arshad Warsi and is currently working on some of the upcoming projects including ‘Aur Devdas’ and ‘Wazir’.