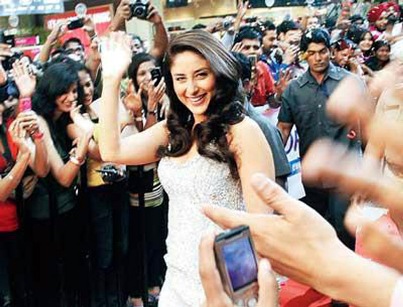 While Madhur Bhandarkar is all set with his upcoming movie ‘Heroine’ starring Kareena Kapoor, the film maker has revealed that the movie has got an ‘A’ certificate from the censor board. Bhandarkar revealed the news on the social networking site Twitter.

The film maker wrote, “As expected got a “A” certificate from the censor board. Countdown begins for the launch of the poster & promo of #Heroine”. The movie is touted to be Bhandarkar’s version which will expose the film industry. The story of the movie is based on the life and times of a superstar Mahi Arora played by Bebo.