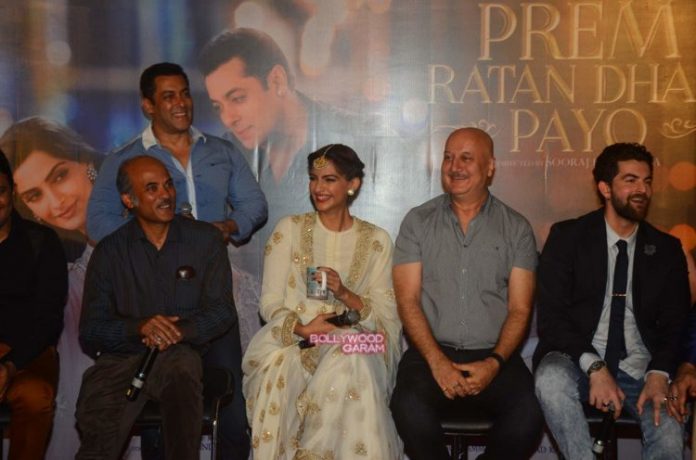 Actors Salman Khan, Sonam Kapoor and filmmaker Sooraj Barjatya launched the trailer of the movie ‘Prem Ratan Dhan Payo’ at an event in Mumbai on October 1, 2015. Sonam carried a royal look for the launch event while Salman appeared in a simple shirt and jeans.

Salman and Barjatya have teamed up for a movie after a gap of 16 years. The movie is produced by Rajshri productions and is all set to hit the theatres on November 12, 2015.

Sonam will be seen playing the role of a princess and the movie also stars Armaan Kohli, Anupam Kher and Deepak Dobriyal.