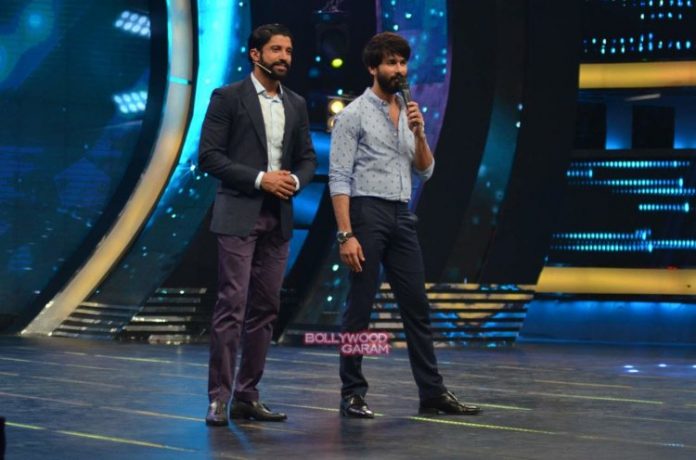 Bollywood stars Shahid Kapoor and Alia Bhatt visited the sets of Farhan Akhtar’s new show ‘I Can Do That’ on Zee TV in Mumbai on October 1, 2015. The stars promoted their upcoming movie ‘Shaandaar’ which is all set to hit the theatres on October 22, 2015.

Alia looked pretty in a custom made suit by Kanika Goyal while Shahid appeared smart in a formal look. Farhan plays the host of the show and was seen along with the contestants Gauhar Khan, Bharti Singh, Mandira Bedi, Dino Morea and others.

The actor spoke about the concept of the show while Alia was seen shaking a leg with the contestants.