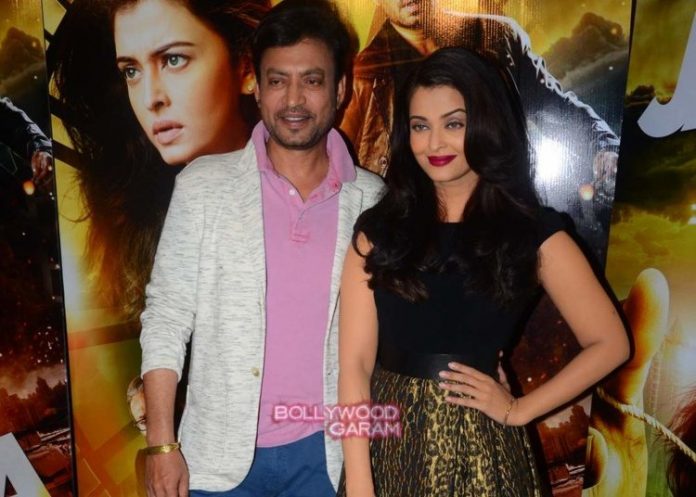 Bollywood actors Aishwarya Rai and Irrfan Khan promoted their upcoming movie ‘Jazbaa’ at a press event held at Mumbai on October 6, 2015. The actress looked stunning in a golden skirt and a black top while co-star Irrfan appeared in a white jacket, pink t-shirt and blue pants.

Aishwarya Rai has returned to the silver screens after a long hiatus due to motherhood. The actress nis married to actor Abhishek Bachchan and the couple have a daughter Aaradhya born on November 16, 2011.

The movie ‘Jazbaa’ has hit the theatres on October 9, 2015 and is receiving mixed responses from the audience and the critics.