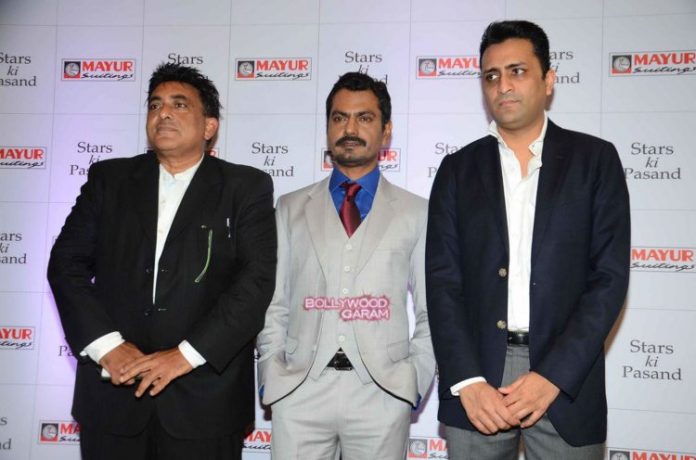 Siddiqui at the event expressed that he is excited to be a part of Mayur Suitings that has so far featured actors like Shahrukh Khan, Virender Sehwag and Salman Khan.

The event also saw the presence of Riju Jhunjhunwala, the managing director of Mayur Suitings. The MD said that they intend to double their sales in the next 18 to 24 months.