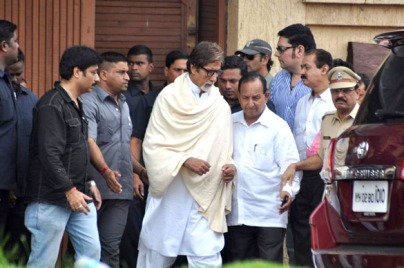 A thief tried to enter the Amitabh Bachchan’s bungalow ‘Jalsa’ but was caught immediately after he broke in to the residence on July 20, 2012. Superstars Abhishek Bachchan, Jaya Bachchan, Aishwarya Rai and Aaradhya stay in the bungalow.

After apprehending the thief, the security guards called up the police immediately. The police has charged the thief with house breaking and theft. The alleged thief was produced in the court and has been remanded in police custody for 14 days. The man has been identified as 30 year old Deepak Kewat who is a native of the state of Madhya Pradesh. Kewat was seen by the security guards when he was trying to escape.