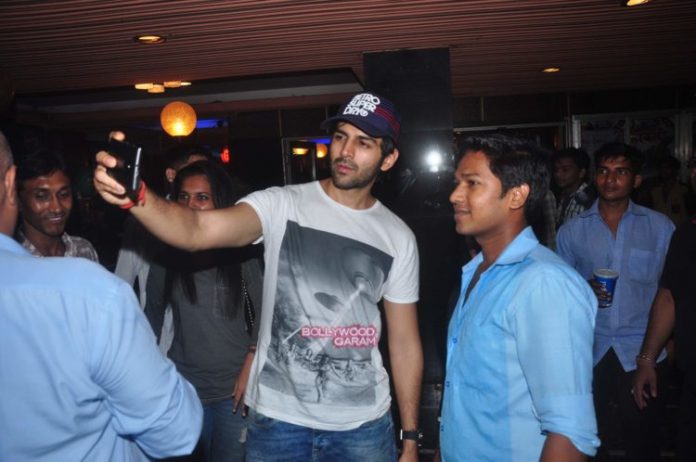 Indian actor Kartik Aaryan of ‘Pyaar Ka Punchnama 2’ was seen interacting with fans at Gaiety cinema in Mumbai on October 18, 2015. The actor was seen clicking selfies with fans outside the theatre after the movie received a great response from the fans.