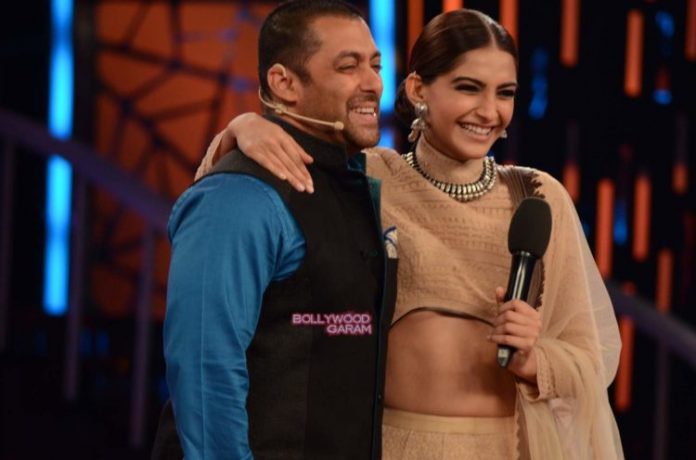 Sonam looked pretty in a lehenga by Shantanu and Nikhil and performed with Salman on the title track of the movie. Salman and Sonam’s chemistry was sizzling hot on stage. The actress also interacted with the contestants of the show.

The host of the show Salman too looked great in formals.