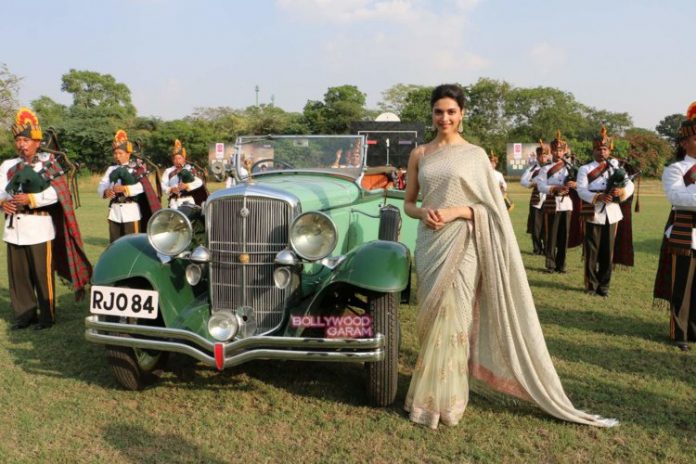 Bollywood actress Deepika Padukone launched the song ‘Deewani Mastani’ from her upcoming movie ‘Bajirao Mastani’ at two major cities on October 18, 2015. The actress launched the song in Delhi and then flew to the Pink city of Jaipur in Rajasthan.

Deepika will be seen playing the role of a warrior princess and met real-life princess Diya Kumari. The ‘Yeh Jawani Hai Deewani’ actress also had the honor to flag off a Royal polo match at the Rajasthan Polo Club which is a tradition followed by the Royal family for years.

The makers of the movie are constantly finding new and innovative ways to promote the flick which also stars Priyanka Chopra and Ranveer Singh.