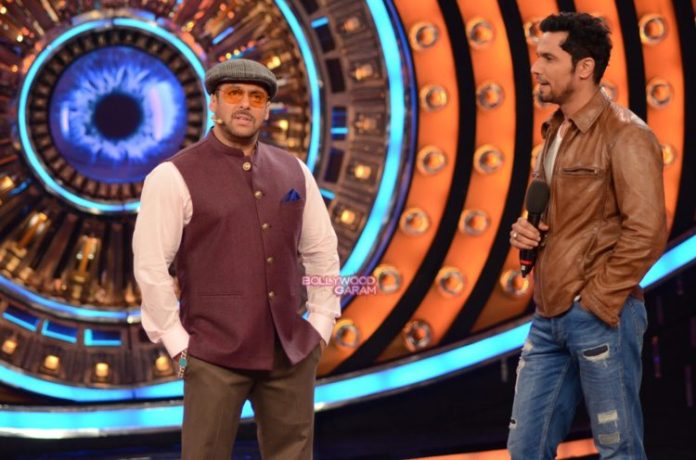 While the contestants deal with the constant fear of elimination on the weekend episode, day 14 saw actor Randeep Hooda promoting his upcoming movie ‘Main Aur Charles’. Hooda talked about his co-star Mandana Karimi on the show and said that she was being herself.

The actor had a fun chat with the host Salman Khan, who was seen in the character of Charles Sobharaj. The host was seen playing a prank on Rimi Sen by giving her the ticket to the finale, but the joke didn’t go down well with Rimi, who then cried her heart out and said she does not want to stay in the house.

The host did not stop there and asks Digangana to stop behaving like a spoilt kid. Apart from the fun games, there was a serious discussion with the family members of the contestants, where a panel was made with Digangana’s mother, Kishwer’s mother and Suyyash’s sister. The family members interacted with the host and gave their opinion on how their loved ones were performing on the show.

Suyyash’s sister and Kishwer’s mother said that Suyyash was playing the game to survive and added that Kishwer was using her brains to move up the ladder. The evicted housemate Roopal Tyagi was given the power of big bomb.