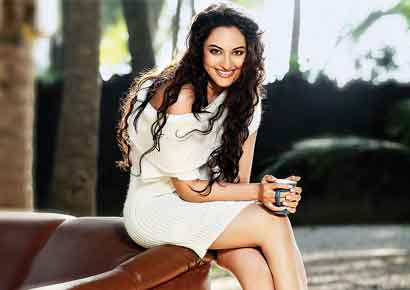 Bollywood actress Sonakshi Sinha recently shot for the upcoming movie ‘Oh My God’ and hurt her eye during the shoot. Sinha as required to shoot for the ‘Go Go govinda’ in a three day schedule which had to be stalled.

Sources from the production unit revealed that the actress was shooting for the song which was meant to be a three day schedule. The climax of the song required plenty of water and colours.

But on the last day several the actress was severely hurt in her eye due to the colours due to which the shoot had to be stalled for two days. The movie is produced by Akshay Kumar and the movie also features Paresh Rawal and Mithun Chakraborthy in prominent roles.

After the major success of the movie ‘Rowdy Rathore’ the actress will also be seen in the upcoming movies ‘Son Of Sardar’ and ‘Dabangg 2’. Sonakshi, the daughter of veteran actor Shatrughan Sinha entered the film industry with the block buster movie ‘Dabangg’ opposite Salman Khan. Sinha will also be seen in Shirish Kunder’s ‘Joker’ opposite Akshay Kumar. The movie ‘Oh My God’ will be directed by Umesh Shukla, who has signed Sonakshi for the female lead role.