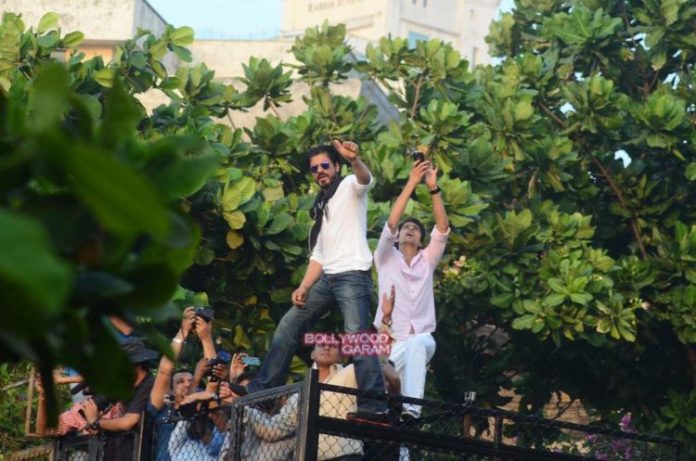 The ‘Om Shanti Om’ actor who was busy with his family, took time and came out to greet his fans. The actor was seen climbing the fence at Mannat and blew kisses to his fans. Shahrukh also came out at his balacony with his son Abram and waved out to his fans.

The actor is currently preparing for the upcoming movie ‘Fan’ which is due to be released in April 2016.