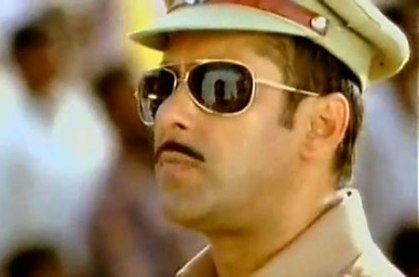 In some good news for all the Salman Khan fans, the upcoming movie ‘Dabangg 2’ will be released on December 21, 2012. The movie is the sequel to the 2010 blockbuster movie ‘Dabangg’ which had Salman and Sonakshi Sinha in the lead roles.

The announcement of the release of the movie was made by director Arbaaz Khan on the social networking site Twitter. Khan first wrote, “Well for all the Chulbul Pandey fans.. DABANGG 2 is almost 60% complete, we resume shoot after the promotion and release of EK THA TIGER !!!”

And then Arbaaz wrote, “DABANGG 2 is slated for an end of the year Christmas release.. 21st Dec 2012”. The sequel will also have Vinod Khanna and Prakash Raj who were also there in the earlier flick.

The makers of the movie have promised that the sequel will be bigger than the earlier one due to which the audience is now even more excited to watch the next instalment. At present Salman is busy with the promotions of the upcoming movie ‘Ek Tha Tiger’. Khan in the movie has starred with ex-flame Katrina Kaif. The trailer of the movie is already out and is already making waves among the Salman fans.