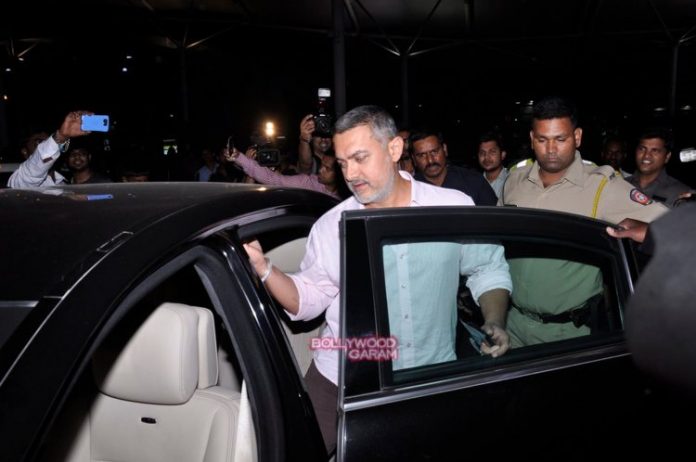 Bollywood star Aamir Khan injured himself while shooting on the sets of the upcoming movie ‘Dangal’. The actor has put on hold the shoot of the movie which is directed by Nitesh Tiwari.

Aamir was snapped at the airport in a beefed up look as he returned from Punjab. The actor assured his fans on Twitter that it is not a major injury but a minor one. Aamir will be seen playing the role of a wrestler Mahavir Singh Phogat.

Khan hurt his shoulder during a long action sequence.