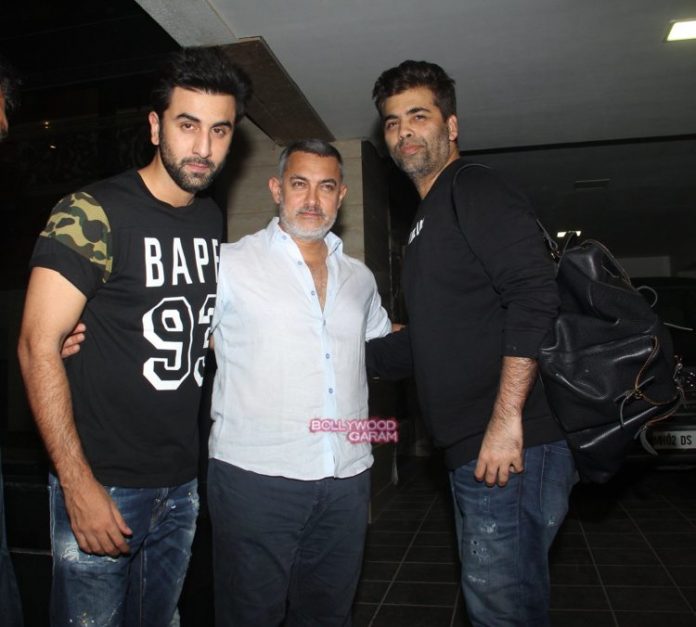 Filmmaker Karan Johar and Ranbir Kapoor were snapped visiting injured Aamir Khan at his residence in Mumbai on November 17, 2015. Aamir is currently in the city as he stalled the shoot of the upcoming movie ‘Dangal’.

Ranbir and Karan were seen in casuals and Aamir was seen seeing off at the parking. Director Ayan Mukerji was also snapped visiting Aamir. Aamir injured himself while shooting for a fight sequence in ‘Dangal’.

The movie is directed by Nitish Tiwari and is all set to hit the theatres on December 24, 2015.