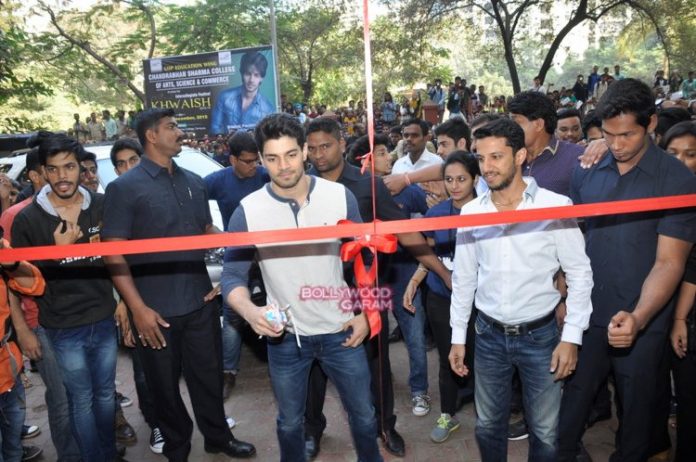 Indian actor Sooraj Pancholi inaugurated a college fest Khwaish held in Mumbai on December, 3 2015. The ‘Hero’ actor looked great in casuals and was seen shaking a leg at the stage as he entertained the audience.

Pancholi made his debut in Bollywood with the movie ‘Hero’ opposite debutant Athiya Shetty. Before making his acting debut, Sooraj had started off as an assistant director in the movies like ‘Ek Tha Tiger’ and ‘Guzaarish’.