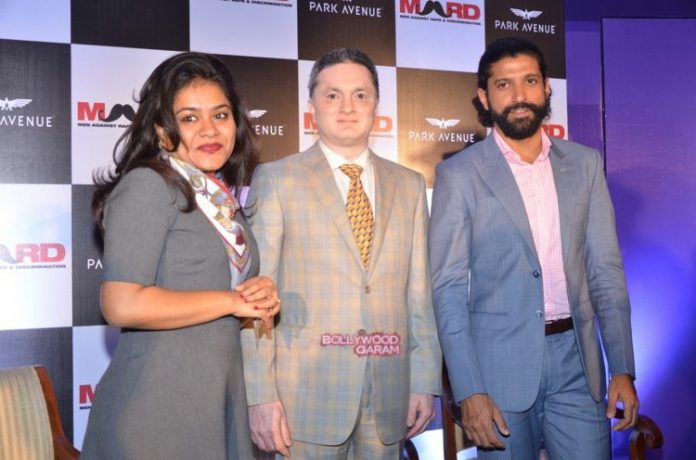 Bollywood actor Farhan Khan and businessman Gautam Singhania were present at an event that promoted the cause ‘MARD: Men Against Rape and Discrimination’ in Mumbai on December 3, 2015. Farhan looked great in a formal suit look.

The actor also launched a deodorant brand at the event, the profits of which will go to the UN Women India for safe city projects and rehabilitation and manual scavengers.

Farhan at the event also talked about the current gender equality scenario and the women oriented issues prevailing in the country.