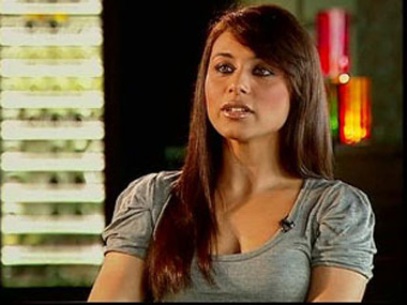 Bollywood actress after a long time will be seen in the upcoming movie ‘Aiyya’ and the actress is leaving no stone unturned to make her appearance perfect. Reports say that the actress is keeping a close watch on each and every detail of the movie especially in terms of her hair and make-up.

The makers of the flick recently sot for a song at the Yash Raj Studios while Rani was in her perfectionist mood, which cost the film producers Rs. 10 lakh for just the hair and make up of the actress. Sources from the Anurag Kashyap movie unit revealed that the actress wasn’t happy with her look and got it changed several times before she felt it was perfect.

Subbu, Rani’s make up man said that her look in the song had a Middle Eastern touch for which plenty of bronze shades are used with smoky eyes. The makeup artist revealed that the look was changed for about four to five times till Rani was satisfied.

Even Anu Kaushik the hair stylist of the actress said that a lot of research had gone in to the look even a day before the shoot. Rani Neeta Lulla and the hairstylist sat down to decide the look of the actress in the song.