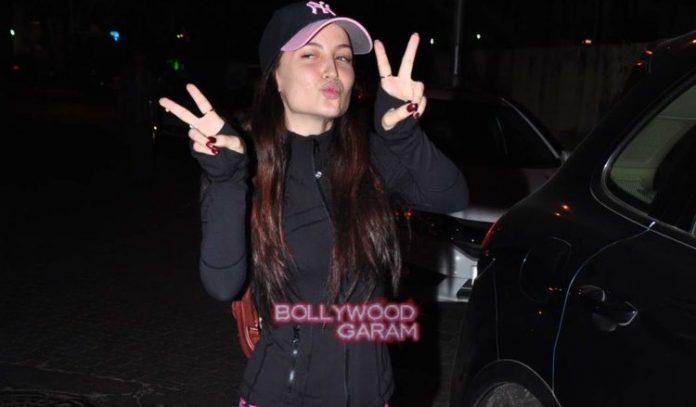 Actress Elli Avram was snapped in a casual mood in Bandra on December 9, 2015. Ellie was seen in a printed legging, black jacket and a cap.

The Swedish Greek actress made her debut in Bollywood with the movie ‘Micky Virus’ in which she played the role of Kamayani George in 2013. In 2015, the actress appeared in the movie ‘Kis Kisko Pyaar Karoon’ as Deepika.