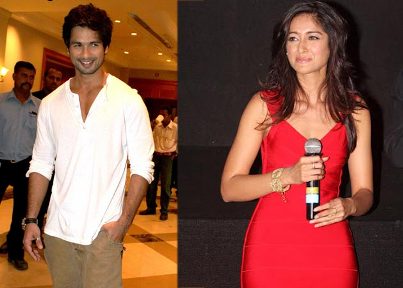 South actress Ileana D’Cruz is now all set to enter Bollywood with the upcoming movie, ‘Barfi’ opposite Ranbir Kapoor and Priyanka Chopra. Apart from ‘Barfi’ the actress will also be starring opposite Shahid Kapoor in the upcoming movie ‘Phata Poster Nikla Hero’ by Raj Kumar Santoshi.

Producer Ramesh Taurai revealed the news saying that Shahid was already a part of the project and have now signed Ileana opposite Shahid which is a fresh pair. Some of the sources from the production unit say that the actress has also signed another movie but the details of it are not yet disclosed. With two films due in Bollywood already, Ileana is surely on the way to make it big.