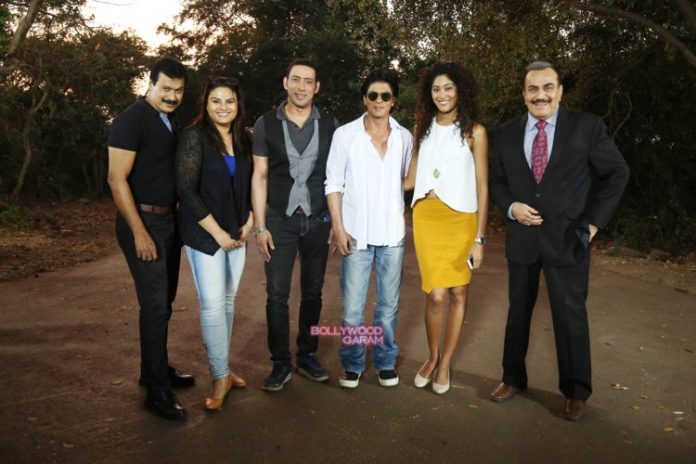 Superstar of Bollywood Shahrukh Khan promoted his movie ‘Dilwale’ on the sets of the popular detective series ‘C.I.D.’ on December 15, 2015. The ‘Om Shanti Om’ star was snapped shooting with Shivaji Satam and other cast of the series.

The movie also features Kajol, Varun Dhawan and Kriti Sanon and has hit the theatres on December 18, 2015.

‘Dilwale’ is directed by Rohit Shetty and the songs of the flick have already become popular among the audience.