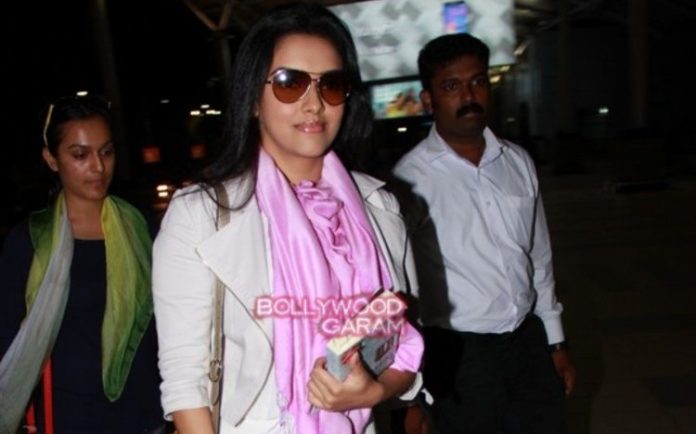 Bollywood actress Asin recently announced her relationship with boyfriend Rahul Sharma. Since then speculations regarding their marriage date have been doing the rounds. Earlier reports had claimed that Asin would get married in November 2015 but later the report proved to be false.

Recent reports have said that the ‘Ready’ actress is going to get married on January 23, 2016, but this date is not the actual wedding date. The ‘Save The Date’ cards are out but are not for the wedding. It is actually a party hosted by the couple to celebrate their wedding with their friends in Mumbai.
Close friends of the couple have confirmed that it is just a party where the friends have been invited to celebrate the wedding. People might have got confused looking at the ‘Save The Date’ cards. The wedding dates are yet to be announced. The gold cards were sent out to close friends by Asin and Rahul that read, “Save The Date: Celebrating Asin and Rahul. Saturday January 23, 2016. Invite to Follow.”
Going by the invitation card, the celebrations are expected to be lavish. Asin made her debut with the movie ‘Ghajini’ starring Aamir Khan and has also worked in a number of Tamil and Malayalam movies.