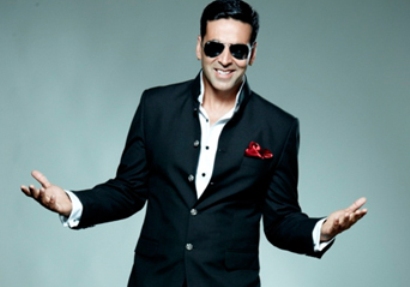 The fans of Bollywood actor Akshay Kumar to see the actor without his lady love in the movies. But for the first time in Akshay’s 21 year long career, the actor will not have any leading lady, who will be romancing onscreen.

The upcoming movie of Akshay is a remake of a south movie named ‘Pokkiri Raja’ which will be directed by Anthony D’Souza. D’Souza has earlier worked with Akshay in the movie ‘Blue’ which failed to take off at the box office.

The south movie was released in the year 2010 and had started the Malayalam star Mammooty, Prithviraj and Shriya Saran in the lead roles. The Hindi version will be named as either ‘Naam Hai Boss’ or ‘Boss’.

Akshay in the movie will be playing the role played by Mammooty in the south version. Sources from the production unit revealed that this will be for the first time Akshay will not have any lead actress. However, there will be two new comers, one hero and a heroine. Veteran actor Mithun Chakraborthy has also been roped in for the project. The Hindi version of the flick is being written by Sajid-Farhad. They are currently writing the screenplay and the dialogues. The basic plot of the movie will remain more or less the same.