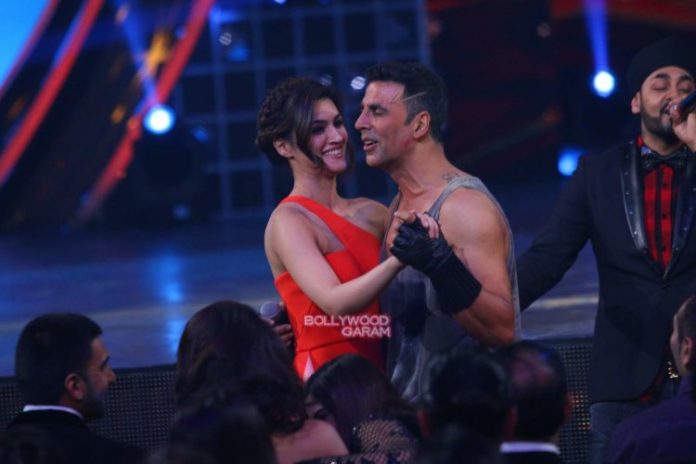 The star studded Sony Guild Awards was a big assembly of stars and was attended by the Who’s Who of Bollywood. Akshay Kumar was seen performing while he charmed the divas of Bollywood Sonam Kapoor and Kriti Sanon.

‘Bajirao Mastani’ girl Priyanka Chopra too set the stage on fire with her sizzling performance. Actress Sonakshi entertained the audience with her lively stage performance.

Other attendees of the show included Harshaali Malhotra, Kabir Khan, Sanja Leela Bhansali, Tusshar Kapoor, Jeetendra, Poonam Sinha, Ramesh Sippy and others. Here are a few glimpses of the show.