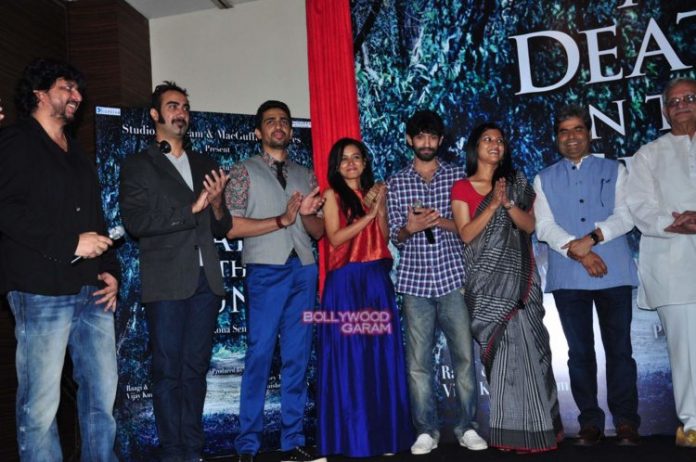 Actors Konkana Sen Sharma and Ranvir Shorey attended the launch of their upcoming movie ‘A Death in the Gunj’ at an event in Mumbai on January 5, 2016. This is the first time Konkana will be stepping in to the director’s shoes.

The actress turned director looked elated a proud as she posed for the shutterbugs. Sen while talking to the media said “Honestly, I never wanted to be an actor either and I never thought I want to be a director. But it’s just that this particular story fascinated me for so long”

Ranvir will be seen playing an important role in the movie.