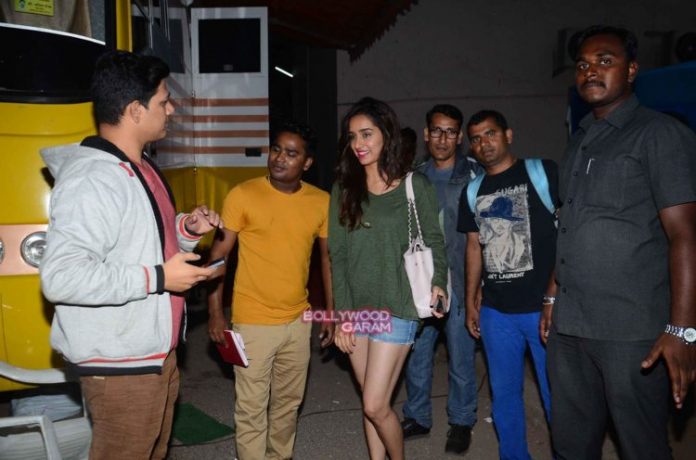 Pretty Bollywood actress Shraddha Kapoor was snapped at Mehboob Studios in Mumbai on January 5, 2016. The actress was seen in denim shorts and a casual green t-shirt.

The movie is based on author Chetan Bhagat’s best-seller ‘Half-Girlfriend’.