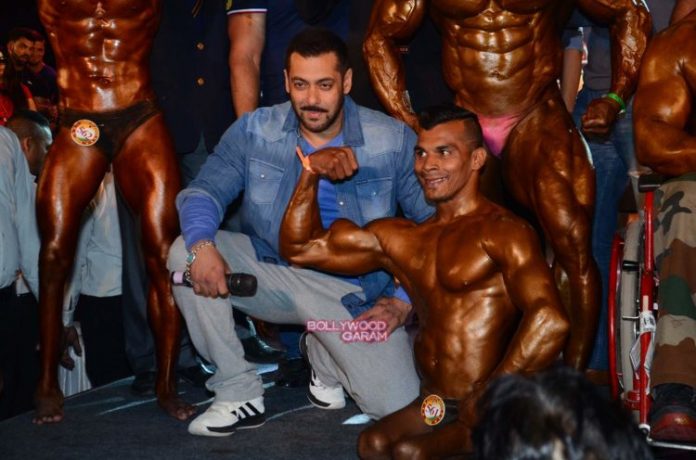 Bollywood actor Salman Khan is known for his unbeatable physique and his craze for fitness. The ‘Dabangg’ star graced the Fitness Expo held in Mumbai on January 10, 2016.

Khan looked cool in a casual attire. Reports say that the actor has been training intensely for his role in the upcoming movie ‘Sultan’ in which he will be seen playing the role of a wrestler. The actor interacted with the participants and the media present at the venue.