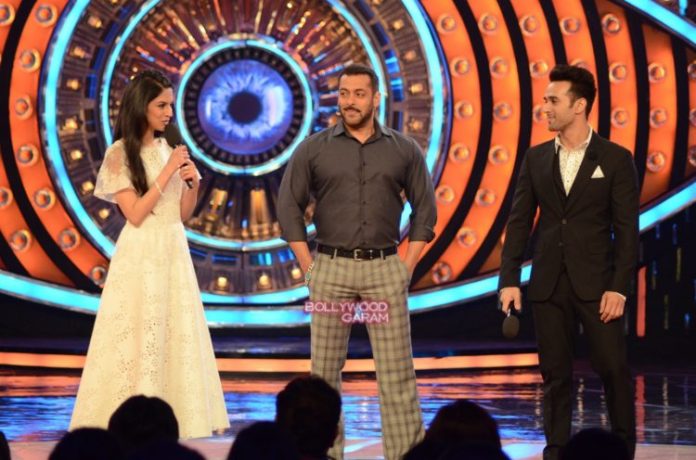 Actors Divya Khosla and Pulkit Samrat promoted their upcoming movie ‘Sanam Re’ on the sets of the reality show ‘Bigg Boss 9’ with the host Salman Khan. The movie is directed by Divya and has Yami Gautam and Pulkit in lead roles.

‘Sanam Re’ also stars Urvashi Rautela and Rishi Kapoor and is all set to hit the theatres on February 12, 2016.

The makers of the movie had launched the trailer of the flick on December 17, 2015.