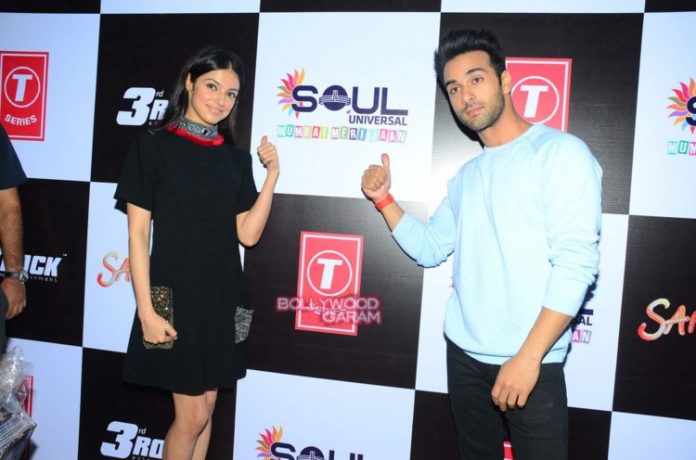 Actor Pulkit Samrat and actress turned filmmaker Divya Khosla promoted their movie ‘Sanam Re’ at a college festival in Mumbai on January 13, 2016. Divya at the promotions looked pretty in a black outfit while Pulkit looked cool in a casual blue t-shirt and jeans.

The movie is directed by Divya Khosla and produced by Bhushan Kumar and also stars Yami Gautam. The makers of the movie released the trailer on December 17, 2016.