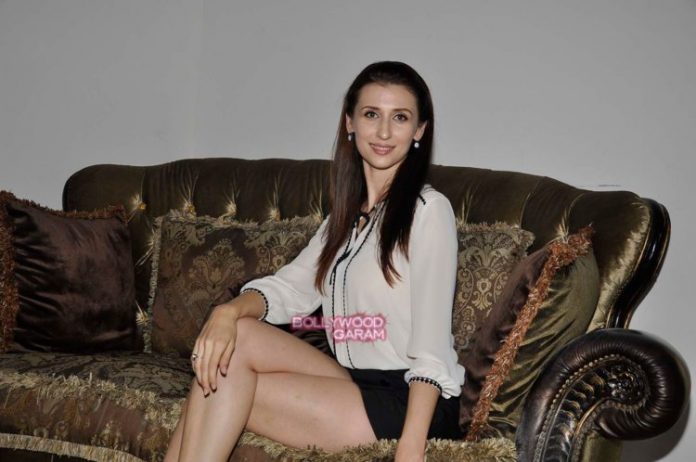 Actress Claudia Ciesla was snapped promoting her upcoming movie ‘Kyaa Kool Hain Hum 3’ in Mumbai on January 18, 2016. The actress was seen posing for a photoshoot and wore a white shirt and black shorts.