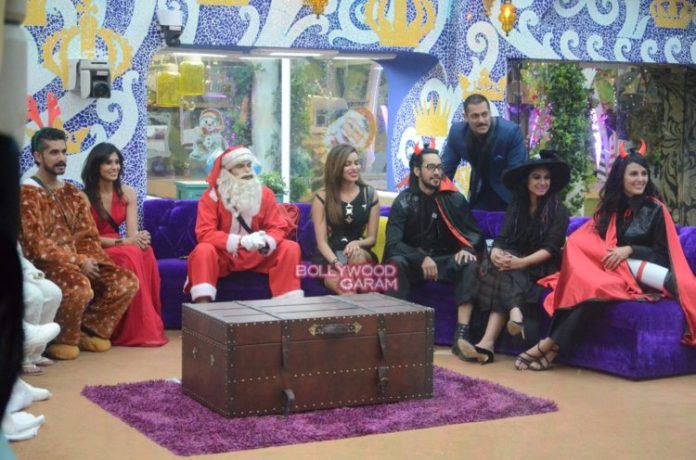 After the shocking eviction of actor Keith Sequeira from the house of Bigg Boss 9, the competition has remained between Mandana Karimi, Rochelle Rao, Prince Narula and Rishabh Sinha. Keith after his elimination talked about his beau Rochelle and said that she is a different person and hopes she wins the show.
Keith in an interview said, “Every candidate deserves to be a winner, though my heart hopes Rochelle wins. I wish she wins and becomes a role model for young girls. She won the Miss India pageant and if she will win this too, it will be great for young girls, who are looking for something positive”. The actor added that what makes her different from other contestants is the fact that she is intelligent and has a reality side to her.
Before the elimination, famous Tarot Card reader Monica was seen drawing out cards for the contestants and predicting their future. After the contestants left, Monica even predicted that Mandana looks like the winner of the show.
In the evening, Keith and Rochelle were called for the final eviction process during which Keith was taken away and Rochelle seemed upset about his eviction. Rishabh and Prince were later seen cheering up Rochelle while Mandana was seen getting in to arguments with Rochelle and Prince in the house.