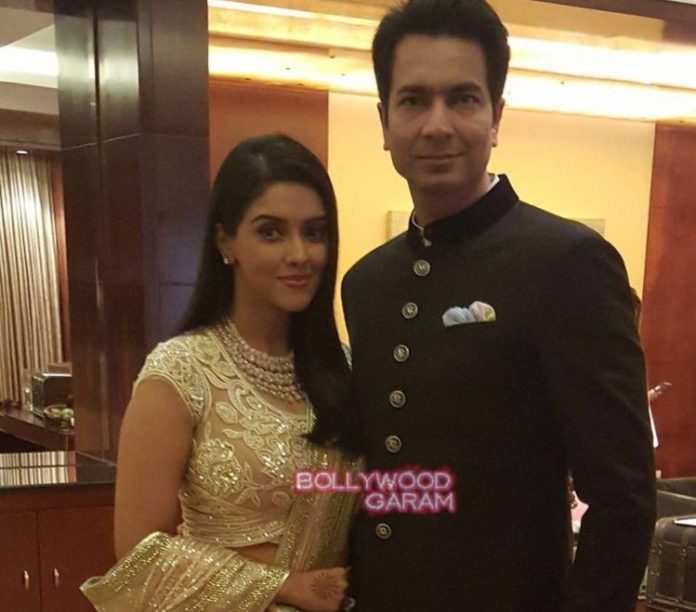 Bollywood beauty Asin Thottumkal got married to the love of her life Rahul Sharma in an intimate ceremony in Delhi on January 19, 2016. Like the wedding even the wedding reception was an intimate affair with only the couple’s friends and colleagues in immediate attendance at the Four Seasons Hotel in Mumbai on January 24, 2016.

The attendees of the event included Riteish Deshmukh, Genelia D’Souza, Akshay Kumar, Abhishek Bachchan, Chetan Bhagat, Shilpa Shetty with husband Raj Kundra, Jacqueline Fernandez, Sushmita Sen, Jackie Shroff and Rishi Kapoor.
The reception saw the newly-weds on the dance floor. The guests at the reception were seen clicking selfies with the couple. Asin and Rahul had a Catholic and a Hindu wedding in New Delhi on January 19, 2016. Asin comes from a Catholic family while Rahul, the co-founder of the smartphone manufacturing giant Micromax is from a Punjabi family.
The actress looked stunning as a Christian bride in the morning and then turned a Hindu bride later in the evening. Actor Akshay Kumar was the one who played cupid between the two. The newly-weds not just shared their joy among their friends and family but also donated gifts, food and cakes at various orphanages in Kochi and New Delhi.