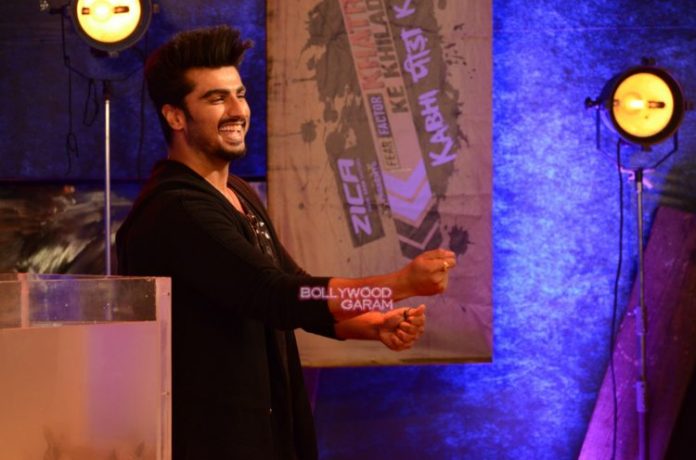 Finalist of the reality show Bigg Boss 9 Rochelle Rao, Rishabh Sinha, Mandana Karimi and Prince Narula on the final day had to face another task that marked the promotion of the upcoming reality show ‘Khatron Ke Khiladi – Kabhi Peeda Kabhi Keeda’. The upcoming show will see actor Arjun Kapoor as the host, who was joined by the contestants Raghav Juyal, Sidharth Shukla, Mahii Vij and Sana Saeed.

Every Bigg Boss 9 finalist was hand cuffed with every contestant of ‘Khatron Ke Khiladi’. And each team had a tank filled with crabs and the contestants had to handpick crabs and find the key to unlock the handcuffs.

Prince Narula and Mahii won the task after which Arjun gave a power packed performance on the title track of ‘Khatron Ke Khiladi’.