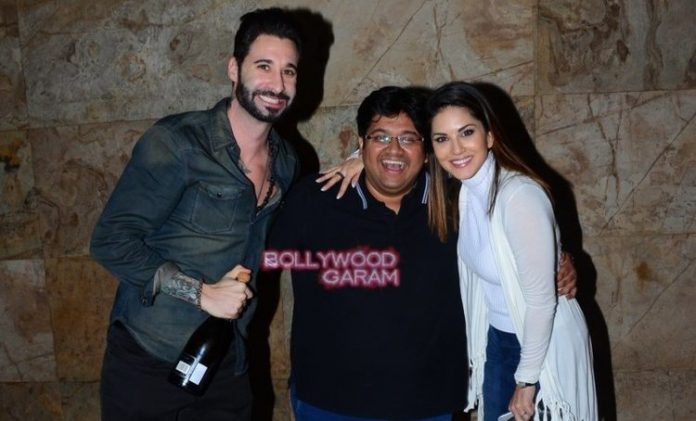 Actress Sunny Leone and filmmaker Milap Zaveri were snapped at the special screening of their movie ‘Mastizaade’ at Lightbox in Mumbai on January 25, 2016. Other attendees of the screening included Vir Das and Daniel Weber.

Leone looked great in a white high neck top and a denim skirt with a white shrug. The movie also stars Tusshar Kapoor and Vir Das.

Sunny will be seen playing a double role in the flick, which is all set to hit the theatres on January 29, 2016.